I’m not going paleo.
Just to get it right out there, right away: I have not joined the list of former vegans. This is not a post about my body needing animal products. But it is about change.

Epiphanies.
Some epiphanies arrive like a high-speed Japanese commuter train; and some, like the one I’m writing about now, begin shyly and quietly with a nudge here and there, a nagging feeling that won’t go away, a sleepless night or two. These kinds of epiphanies are polite – they don’t want to be overbearing – but when you refuse to hear them, they get pushy and they get loud. After months of ignoring the subtle signs, I’m finally paying attention to the large frying pan hitting me over the head.

Happiness.
Over the past 2 years or so, there has been a shift in the way that I write my blog, the way that I perceive it and the way that I feel about it. Possibly also in the way that others view it. Who knows? What began as a way to fill the sweltering Oklahoma summer days when it was impossible to be outside turned into a full-time job. An un-paid job, I might add. Now, I wasn’t looking for a job replacement or substitute, or even an additional revenue stream. I did not move to the sticks to trade 9 hours at a desk in an office building in the city for 9 hours at a desk in my home in the country. What I was looking for was – what, really? – a community of like-minded individuals with whom to share thoughts and recipes. It really was as simple as that. I had no intentions and no idea where it might lead.

Three plus years later and An Unrefined Vegan bears only a slight resemblance to the blog that was born in October 2011. There have been some very positive changes, such as a better understanding of photography. I’ve met some inspirational, funny, thoughtful, smart, positive people. I’ve improved my cooking and recipe-writing skills. I’ve created a few silly movies. I launched Virtual Vegan Potluck. I’ve self-published a book and my first cookbook is due out in April of this year. I wrote and designed my first e-cookbook (more on that soon). Wow! I wouldn’t trade any of these experiences. Frankly, I’ve learned more and picked up more (self-taught!) skills over the past three years at home than I would have at a regular job during the same period of time. Put that in your resume and smoke it!

And yet…simply put, I haven’t been happy for a long time. Happy with where I live, happy with the food I eat, happy with Kel and with Ike – yes. But with the way I was spending my time, no. I’ve been spending too much time looking out at the beautiful fields and sky and trees of my 160-acres of paradise than actually being in that tall grass paradise. My mental and physical states have suffered as a result.

The change happened slowly over time – one giveaway, one comment, one affiliate link, and one social media platform at a time. I got caught up in the excesses of blogging and “socializing.” I really noticed the change when my cookbook deal came through. It didn’t feel right from the very beginning, but I let the tide of flattery and excitement take me out to sea. Working on that book felt like wearing a turtleneck that was too tight around the collar and too short in the sleeves. Instead of a process to be enjoyed, savored and experienced, it became an item that I wanted desperately to scratch off of my To Do list so that I could get back to the business of living life. Do I regret writing that cookbook? No way, Jose. It’s been a learning experience, a gift in its own way, and I’ll be glad and proud to hold a copy of it in my hands. Am I going to become a serial cookbook author? Under my own terms and my own timetable, perhaps. But don’t look for me at a Barnes and Noble book signing any time soon.

That’s the paradox of blogging, isn’t it? Stepping into the wide virtual world with the idea of sharing a bit, interacting just a little, connecting – which morphs into self-promotion, a need for affirmation, attention, a desire to be “known” on a mass scale – as it takes one further and further away from truly being, knowing, and sharing one’s self. Of course I enjoy being admired and flattered and noticed, but I don’t want those things to drive what I do or how I think.

UPDATE: Oh, the irony! Since writing the above, an amazing opportunity dropped into my lap. So amazing that I couldn’t turn it down. So…January is going to be even crazier than my summer was! But after that…I’m coasting, I swear!!

Things that matter.
Not long after I published A Terminal Illness Primer for Caregivers, I had the honor of connecting with the founder of Voices Against Brain Cancer. Mario lost his son to glioblastoma multiforme, the same disease that killed my brother – so we had some deep feelings in common. Mario is an amazing guy. He retired from his job in the fashion industry and has dedicated – as he puts it – 25/8 to work that funds brain cancer research all around the country. I’m not sure he ever sleeps. Just talking with him makes me feel positive about the chances of finding a cure and energized about doing my small part. One of the cool things that Mario’s organization does is to host 5k runs and awareness events in cities around the country. When I told him Salt Lake City (where my brother lived for most of his life) and Oklahoma City did not have these 5ks, he immediately said, “let’s do it!” How could I say no?! So, in September 2015, the inaugural run dedicated to my brother will take place in Salt Lake City with proceeds going to my brother’s fund at the Huntsman Cancer Institute. I couldn’t be more excited and proud about this. On October 5, VABC will come to OKC for its first 5k benefit run. You can bet I will be running at both of these events. My dad and I will be working with VABC to organize and promote both of these runs. For my runner friends out there who don’t mind a little travel, I would love to meet up with you at either or both of these events. I will have more information in the months ahead.

A makeover.
Some time within the next few weeks, An Unrefined Vegan will take on a completely new look. I am so ready for this! The new site will more accurately reflect how I perceive AUrV. It will be cleaner, tighter, less cluttered and easier to navigate. A new logo is in the works. Most of the ads will be gone. I will be more selective about which products I promote and what giveaways I host. The makeover will emphasize the parts of blogging that I enjoy: taking beautiful photos, creating recipes, and interacting with readers.

Paring down.
As I mentioned above, I will be reducing the number of giveaways that I host and many of the ads you see now along the side bar will be removed. (Having said that, I have great giveaways coming up throughout the next couple of months for The Best of Jazzy Vegetarian DVD, But I Could Never Go Vegan!, by Kristy Turner, Eat Clean Live Well, by Terry Walters, The Vegetarian Flavor Bible by Karen Page, and Teff Love by Kittee Berns) Many of you know that once product promoters get ahold of your email, they hang on to you like a terrier with a bone. One’s In Box gets flooded daily with the inappropriate (no, I’m not interested in interviewing a dairy farmer), absurd (Poop Pills – I wish I had made that up), and boring (Soybean Council, I’m looking at you) – and a few genuinely interesting or relevant products. While I’ve never said yes to everything, I’ve said yes to things that I didn’t have my heart in – and I’m not going to be doing that anymore. Maybe you, like me, have realized that there are some entities that take just a little bit of an advantage – recipes get shared, photos get borrowed – and in return you barely get a thanks, let alone a paltry Tweet. No more. Anyway, my blog isn’t about someone or something else – it’s about me and it’s about plant-based recipes and living a vegan lifestyle.

I will be posting when I feel like it, when I have something good to share rather than adhering to a schedule of my own control-freak making. Quality is more important than quantity. Which is why I’ve passed the Virtual Vegan Linky Potluck baton on to my friends Angela and Poppy. It’s been fun and it’s been wonderful to meet new bloggers, but I can no longer commit to the time expenditure and the schedule. Stay tuned for more on the linky potluck from Angela and Poppy.

What about the Virtual Vegan Potluck? I haven’t quite decided about this. The downside is that this event takes an enormous amount of time, effort, and planning. But since I invented it, I really have no one but myself to blame, right? I can own it or not. The upside, of course, is that the participants are fantastic and the idea is, well, just nice. So for now, I’m going to go with the flow, see how I feel as Spring 2015 approaches. A big part of me would be sad to see it end. I hope you’ll be patient with me as I figure out what to do.

Conclusion.
Each of us has reasons for why we blog. The reasons are personal and molded by our backgrounds and experiences. We are motivated by different needs, goals and desires. After over three years of blogging, it was time I revisited the initial impetus that drove me to create a blog in the first place. I asked myself this simple question over and over again: what do you like about blogging? And I kept getting the same answer: I like making food, I like writing, and I like taking photos. These will be the driving forces behind the “new” AUrV.

I thank those of you who have been with me throughout the journey and through the many incarnations. You make it all worth it. I hope you’ll continue to let me into your lives and kitchens. 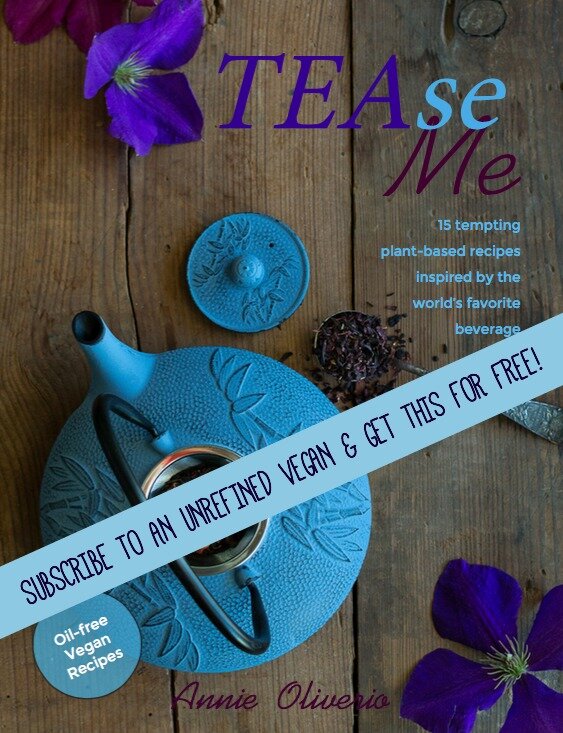 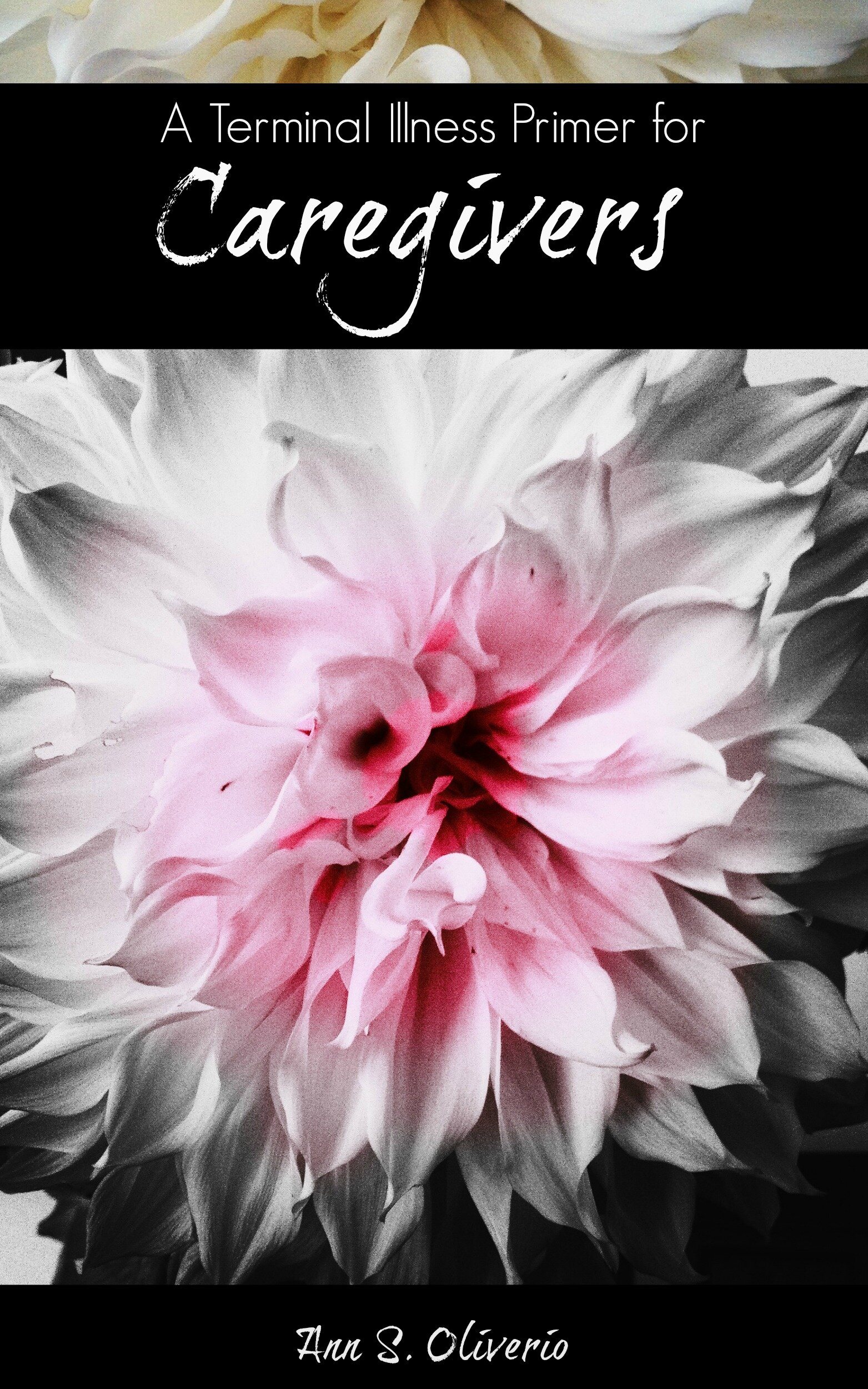