Don't let this happen to you.

I should have stayed out of the kitchen on Sunday.  The peanut butter-banana-wheat germ pancakes came out just right, sure, but it was downhill from there.  I had been looking forward to a morning of baking; I’d already set everything out on the counter that I needed to make a loaf of whole wheat cinnamon raisin swirl bread.  Whole wheat biscuits for lunch were to follow.

I warmed the soy milk, added the yeast and let the mixture sit for a few minutes to bubble.  Then I added in the flour and kneaded – gosh it was a nice dough – and then in went the raisins and a few more minutes of kneading.  When I had a nice, smooth ball of dough it hit me: I’d completely forgotten to add in the salt and the 1/4 cup of maple syrup.  Both ingredients were sitting there on the counter.  Right in front of me.  Never mind.  Shake it off.  How bad could it be?  What did I think baking was anyway – - chemistry?!  I plopped the dough in an oiled bowl and set it aside to rise.  After it had doubled (rather quickly, I thought), I rolled it out and spread the cinnamon-sugar mixture over the top, then rolled it up and put it in a loaf pan, setting it aside for its second rise.

While the bread dough was doing its thing, I started to mix the biscuit dough together.  I had the brilliant idea to added chopped pecans to the mix and I had those toasting on the stove.  I finished mixing the dough and I carefully patted it out onto a parchment-lined baking sheet when…wait.  Who the h*ll is burning corn husks?!  Oh no.  Not again.  I realized I’d forgotten about the pecans.  Not only had the pecans not made it into the biscuits, they’d been burnt to a crisp.

Meanwhile, I’d turned the oven on to preheat to 475F, the temperature needed for the biscuits, but when I looked over at the cinnamon raisin loaf, it had risen a couple of inches over the rim of the loaf pan.  I knew I had to get it into the oven immediately, but the temperature needed to be at 375F.  I turned down the oven, slid in the loaf pan and thought, what the heck, throw in the biscuits as well.

After about ten minutes, I checked on the bread and biscuits.  The loaf that had risen so loftily had suddenly dropped like a souffle seconds after the oven door slams.  And it looked as if someone had rested an elbow on one side of the loaf.  The biscuits looked pale and wimpy.  I rotated the biscuits up to the top rack, cranked the heat up to 475F and crossed my fingers.  When the biscuits had browned up, I removed them, turned down the oven temperature and moved the loaf pan back up to the top rack, trying not to look at it.  Too depressing.  In another 10 minutes, the bread was…done.  Or maybe I was just done with the bread.

Kel tells me that The Brick tastes pretty darn good.  I’m not sure I trust him, however.  I’ll probably give it a taste once I get over my disgust with the way it looks.  The biscuits came out just fine – flaky, tender and with a nice crust.  It would have been even better if they’d had pecans in them…Some days just go this way and all one can do is get back into the kitchen to try again.

(On a happy note, both the utterly divine tinykitchenstories and the ridiculously readable Meizac’s Blog bestowed Versatile Blogger Awards on An Unrefined Vegan – thusly helping to alleviate some of my baking pain and suffering.  Thank you, fine ladies!)

Amazingly, the chain saw was not required to cut The Brick.

Not a reflection in the fun-house mirror, just another Brick in the wall.

© Ann Oliverio and An Unrefined Vegan, 2013. Unauthorized use and/or duplication of this material - content and images - without express and written permission from this blog’s author and/or owner is strictly prohibited. Links may be used, provided that full and clear credit is given to Ann Oliverio and An Unrefined Vegan with appropriate and specific direction to the original content.

An Unrefined Vegan on FB 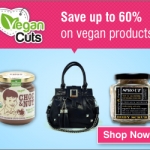 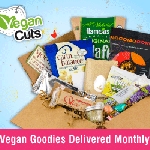